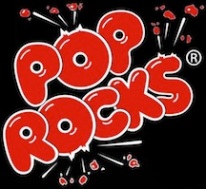 Remember Pop Rocks? Ripping open the pouch and pouring out a pile of bright crumbled crystals. As soon as they touch the moisture of your tongue the candy fragments start fizzing like flurries of carbonated fireworks. Enjoying Pop Rocks is a unique experience, a singular candy-grenade demolition spree. Pop Rocks are fun. The fun is what matters.

A Saturday night at the Bootleg Theater is one of the best places you can be any weekend in Los Angeles. New garage-synth sparklers Beginners recently played the Bootleg and won over the audience with sugary hooks dangling on sharp beats.

This fresh ensemble is the creation of writer / producer Nick Ruth and vocalist / bassist Samantha Barbera, who used to play together in a band called Malbec. When it dissolved a few years ago Barbera kept her chops up punk-rocking with Holy Fever while Ruth collaborated with various solo artists, including Blaqstarr, Mikky Ekko and Active Child. Nick and Samantha decided to compose together again after hanging out at a Foster the People concert.

Beginners’ set opened the night. When they kicked off people were still ambling around the bars, lounge and patio. The hard four-four drumbeat and simmering harmonies worked magic right away.  During the first song a steady stream of people came crowding in, drawn to the bouncing synth-pop like curious children toward a big colorful bowl full of unguarded candy.

You can bet your online reputation that Beginners play tunes people enjoy. They may be recently formed but Beginners play with an understated confidence only seasoned musicians can really afford. It helps to have a convincing, charismatic frontwoman. Samantha Barbera projects determined intensity that demands attention without being bombastic.

Overall the group produces a casual dance-rock sound that fits what’s most popular in indie music right now. Some of the backing vocals are reminiscent of certain kids with augmented kicks, not that there’s anything wrong with that.

Beginners released a self-titled EP on March 25th. “Ever Love” puts the cherry-cola chorus right up front. This mellow, flirtatious groove is a potential single top-to-bottom. It also boasts a scuzzy electric guitar that drapes the keyboard chrome in a well-worn leather jacket. “Who Knows” is a ringing kick-drum driven number full of pop-timism that shrugs with wistful acceptance we’ll somehow decipher our collective confusion as we roll along to the beat.

The best track on the EP is easily “So Close I Almost Believed It”, an elevating buzz that doesn’t rush the warm progressions. This songs cinematic future-vintage soundtrack beauty is hard to resist. The melody line sways back and forth in the breeze and the floating vocals tug you into an ambient harmonic drift.

One aspect that really helps is how the production is not overcooked. Super-slick production is an unappealing problem most modern artists suffer from in the digital age. Beginners keep the sonic elements expertly balanced and economically arranged. The pacing and tempos are breezy and refreshing.

They’re edgier live than on record and that’s good. In the end their set at The Bootleg could’ve been a little longer but they accomplished the commendable task of leaving the crowd wanting more. Beginners are cool fun and that’s what matters.